CyberTracker Conservation is a non-profit Public Benefit Organisation that promotes the vision of a worldwide environmental monitoring network. Since 1997 CyberTracker has developed and distributed free software for smart phones and PDAs for data gathering and visualisation. We also provide Tracker Certification to preserve indigenous tracking skills and to improve observer reliability in biodiversity research and conservation. CyberTracker is based in Cape Town, South Africa. 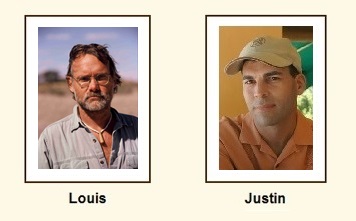 Co-Founder and Executive Director of CyberTracker, Louis is an expert tracker and the author of several books and scientific papers on the art of tracking. He is and independent tracking scientist, an Associate of Human Evolutionary Biology at Harvard University and a Laureate of the 1998 Rolex Awards for Enterprise.

Co-Founder and Lead Software Developer for CyberTracker since 1997, Justin works as a Principal Software Engineer at Microsoft.

E-mail: This email address is being protected from spambots. You need JavaScript enabled to view it.