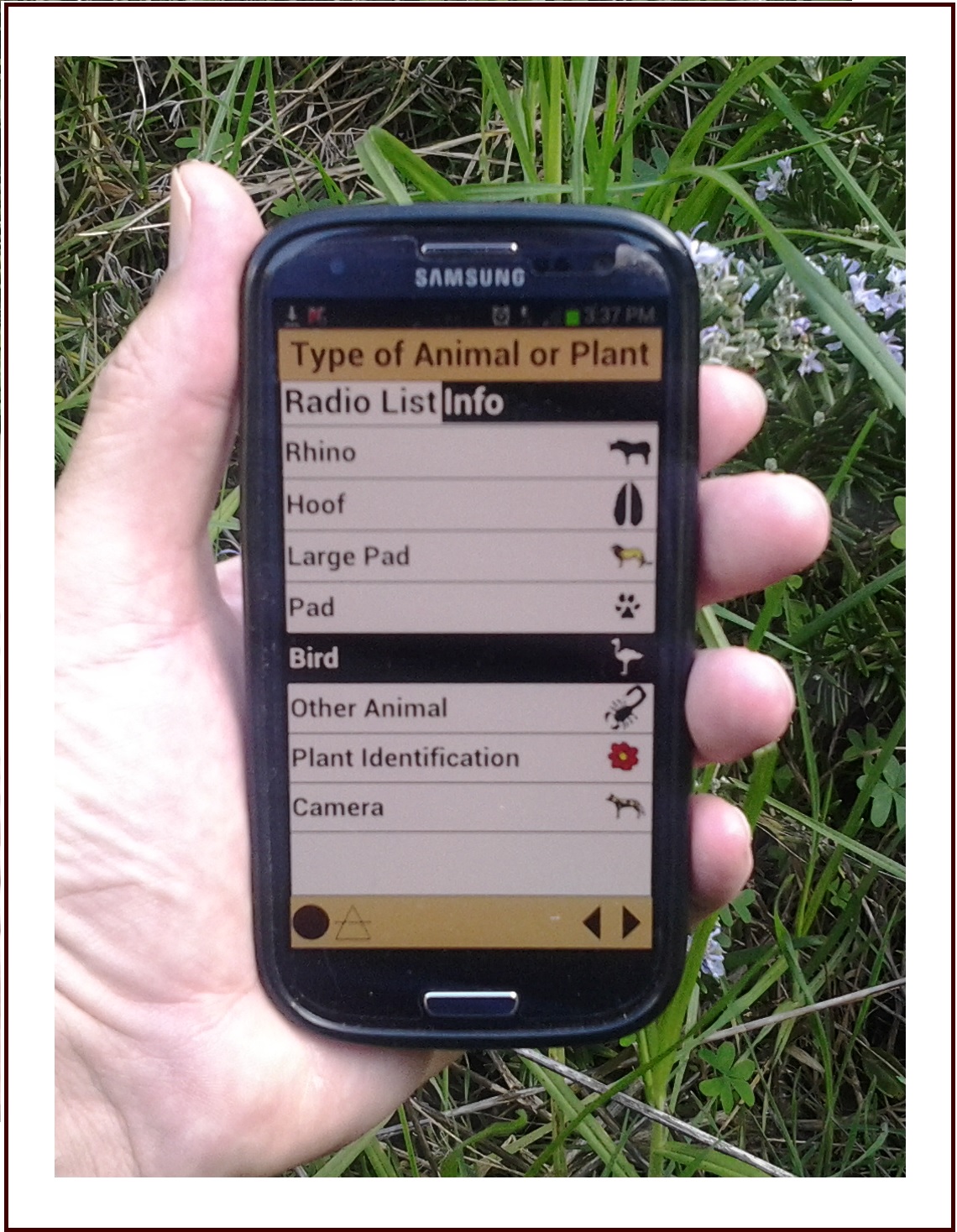 CyberTracker is the most efficient method of GPS field data collection. You can use CyberTracker on a Smartphone or Mobile Device to record any type of observation.

CyberTracker, which requires no programming skills, allows you to customize an Application for your own data collection needs. It further enables users with no GIS skills to view and analyse their data in Tables, Maps and Graphs on a Windows PC.

Data can be exported in a number file formats for advanced data analyses in other software tools, such as Excel, Esri ArcGIS, Distance Software or R Statistical software.

The CyberTracker mobile is supported on both Android and iOS devices and is available for download from Google Play or the Apple Store.

The CyberTracker Connect feature allows you to connect the CyberTracker applications (for Android and iOS mobile units) to one of our online Partner solutions, like ESRI ArcGIS Online, SMART Conservation or EarthRanger.

Data can be synchronized remotely to Online databases such as Esri ArcGIS Online, SMART and EarthRanger.

The Application developer allows you to create your own Custom Screen Templates using a wide selection of screen components.

CyberTracker is the most efficient way to gather large quantities of geo-referenced data for field observations at a speed and level of detail not possible before.

Screen designs can combine text and icons for the optimum efficiency. Icons can be designed and customized for the user’s specific needs and imported into CyberTracker. Number and text fields can also be entered by means of conventional key pads.

The Electronic Field Guide makes it possible to imbed definitions, descriptions and images into the data capture Screen Sequence, providing an immediate reference for easy validation of field observations.

To create a CyberTracker Application, a selection of Screen Templates makes it easy to link screens together into a sequence of interlinked screens.

The CyberTracker Mobile Field Map features makes it possible to navigate using the GPS to track the path of the user in real time. A green cross-hair shows the user’s position while a yellow line shows the path followed. The GPS GoTo feature allows you to define GPS waypoints to guide you towards a specific destination in the field. 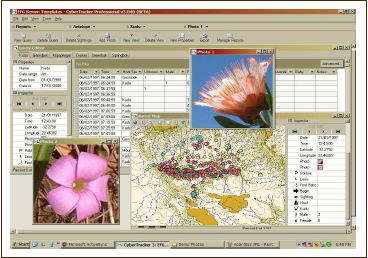 The Table view allows you to query and analyse your data with easy-to-use filters. Queries can be saved in Reports, which are updated when new data is collected.

Once data has been filtered it can be Exported to Microsoft Excel, Comma Seperated Values, XML or HTML formats. The Map View can also be exported as ESRI Shape Files.