The Art of Tracking 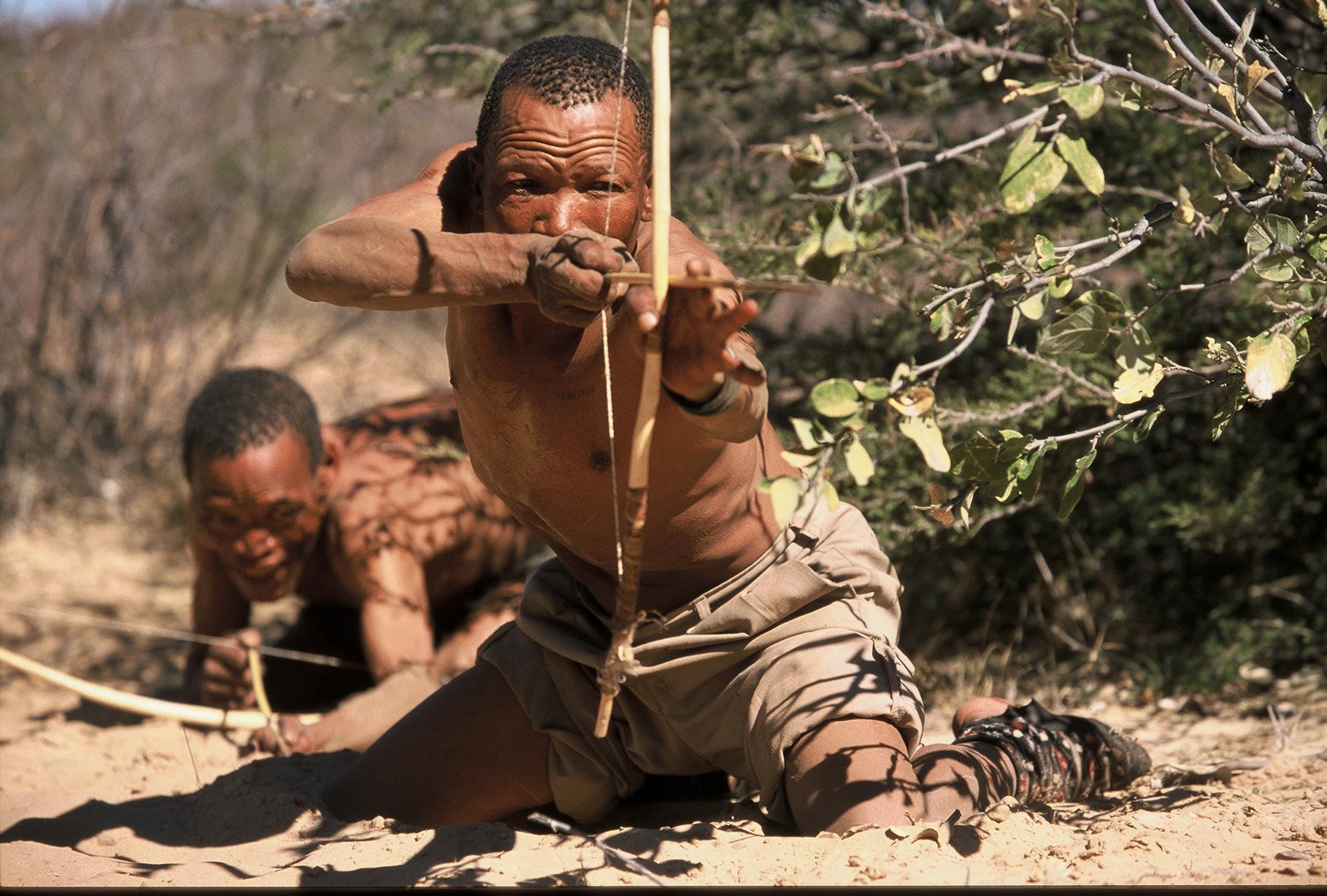 The Art of Tracking may well be the origin of science. After hundreds of thousands of years, traditional tracking skills may soon be lost. Yet tracking can be developed into a new science with far-reaching implications for indigenous communities, citizen science and nature conservation.

The Employment of Trackers in Nature Conservation

Creating employment opportunities for trackers provides economic benefits to indigenous communities. In addition, non-literate trackers who have in the past been employed as unskilled labourers can gain recognition for their specialised expertise.

The employment of trackers will also help to retain traditional skills which may otherwise be lost in the near future. This has cultural significance in that communities will be able to make a unique contribution to conservation. This will create a sense of cultural ownership of conservation, which may well be one of the most important contributions traditional tracking can make.

Some of the most important applications of tracking would be in controlling poaching, in ecotourism, in environmental education and in scientific research.

Expert trackers can give valuable assistance to researchers studying animal behaviour. Apart from knowledge based on direct observations of animals, trackers gain a detailed understanding of animal behaviour through the interpretation of tracks and signs. In this way much information can be obtained that would otherwise remain unknown, especially on the behaviour of rare or nocturnal animals that are not often seen.

Furthermore, tracks and signs offer information on undisturbed, natural behaviour, while direct observations often influences the animal by the mere presence of the observer. Tracking is therefore a non-invasive method of information gathering, in which potential stress caused to animals can be minimised.

Combining traditional tracking with modern technology, such as radio tracking, may enable the researcher to accomplish much more than either method could accomplish on its own.

The employment of trackers in research would require the highest level of expertise in spoor interpretation. To interpret spoor the tracker must have a sophisticated understanding of animal behaviour. Individual trackers may also specialise in particular species. There is in principle no limit to the level of sophistication to which a tracker can develop his or her expertise. Furthermore, knowledge gained from scientific literature could also be used to develop a tracker's understanding of animal behaviour.

Perhaps one of the most important factors in nature conservation is a general awareness of wildlife amongst the general public. Ignorance by the public at large may well be the most dangerous threat to the survival of many species in the face of development. Even keen nature lovers are often unaware of the wealth of animal life around them, simply because most animals are rarely seen.

To the nature lover, tracks may reveal the activities of many animals that would otherwise never be seen. To the untrained eye the wilderness may appear desolate, but to someone who is at least "spoor conscious" it will be full of signs of wildlife. Even if you never see the animals, the knowledge that they are there is enough. By reconstructing their movements from their footprints, you may be able to visualise the animals and in your imagination actually "see" them.

Trackers employed in environmental education can therefore open up a whole new world to students. Students can develop a greater awareness of the environment around them through the interpretation of tracks and signs.

In the growing ecotourism industry trackers play a key role in tracking down animals for game viewing and on wilderness trails. On game viewing drives, trackers greatly enhance the efficiency of finding animals in the time available. On wilderness walks and trails trackers open up a new experience to tourists.

To recognise signs of danger requires a very high level of expertise, and as wilderness trails becomes increasingly popular, these skills will become increasingly important. The expert tracker can not only detect the presence of dangerous animals in the behaviour of other animals, but will also be able to recognise dangerous situations from spoor. For example, the presence of lion cubs may be indicated by the convergence of the spoor of an individual lioness. To develop these skills may require years of practical experience in the bush.

To deal with conventional poaching it is essential for conservation agencies to have good relations with neighbouring communities. Information obtained from communities is an important component in any anti-poaching strategy. Another important source of information is tracks and signs in the field.

Signs of intruders may be detected even when it is difficult to find footprints. For example, the tracks of animals fleeing indicates a disturbance, and if no signs of predators are found, further investigation may reveal human intruders. Trackers may also be able to tell if an animal was fleeing from a predator or a human from the way it was running. Scavenger spoor converging to a point may also indicate the presence of a large carcass hidden from vultures.

Poachers will become increasingly sophisticated over time, so there will always be a need to improve the expertise of trackers. Expert trackers can identify individual persons by their spoor, in the same way that a person's handwriting can be recognised. Every person has an individual mannerism in the way he or she walks, leaving a "signature" in his or her spoor.

The Development of Tracking Skills for the Future

Tracking should be recognised as a specialised profession. As long as trackers are held in low esteem in the eyes of the younger generation, young people will have no motivation to qualify themselves as trackers. To encourage young men and women to become trackers, the expert tracker should be paid a relatively high salary and should be promoted on the basis of his or her experience in the field.

While basic tracking skills can be trained in a short period, the more sophisticated aspects of tracking could take many years to develop. Furthermore, the intuitive and creative aspects require an inherent aptitude, so only some people have the potential to become expert trackers. Even amongst indigenous hunter-gatherers only about 20% of the hunters were expert trackers. Tracking requires keen senses, acute observation, physical fitness, patience, perseverance, concentration, alertness, a good memory, an analytical mind, an understanding of nature, intuition and a creative imagination. To become an expert tracker requires an above average intelligence.

Since tracking conditions and animal behaviour may vary considerably from one area to another, trackers should be trained and deployed in specific areas, which they should get to know intimately. Tracking involves a specialised knowledge of the whole environment, including geographical features such as the location of water holes, rivers and paths, as well as ecological information on soil conditions, plant species and animal communities. A tracker who is an expert on his or her local environment may not necessarily be able to cope as well in a foreign area.

In order to develop the art of tracking as a modern profession it is important to maintain very high standards. Trackers are graded in order to determine their level of expertise, so that they can be promoted according to different salary scales. This provides an incentive for trackers to develop their skills.

In the long term a core of expert trackers could be established in selected protected areas, which can form the basis of a network of tracking expertise. Such a network of trackers can provide the mentoring of the new generation of trackers. This will ensure that the tracking tradition is revitalised and developed into a modern science.